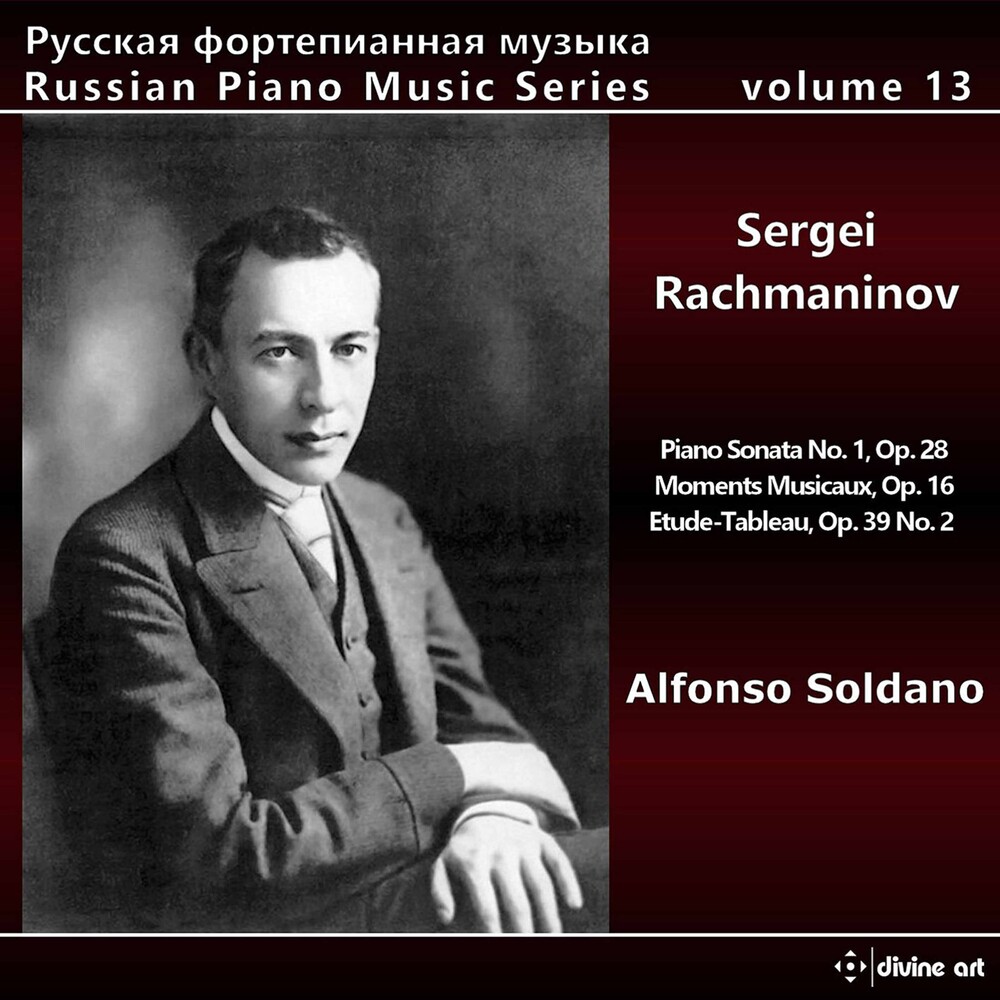 The major work in this second album of Rachmaninov's works in the Russian Piano series is the First Sonata, a pinnacle of high late Romanticism. Less well known are the Moments Musicaux but they too are masterful pieces. Alfonso Soldano is professor of piano performance at the Giordano Conservatory in Foggia, Italy, following similar posts at Santa Cecilia Academy in Rome and in Trani. He was a student of Ciccolini and is renowned for his virtuosity. He was awarded the International Gold Medal for 'Best Italian Artist' in 2013 and has won many other competitions and is also a busy writer and transcriber. His previous recordings for Divine Art, of the music of Bortkiewicz and Castelnuovo-Tedesco, received glowing reviews. His Rachmaninov (Rachmaninoff for the American readers!) is equally magical.