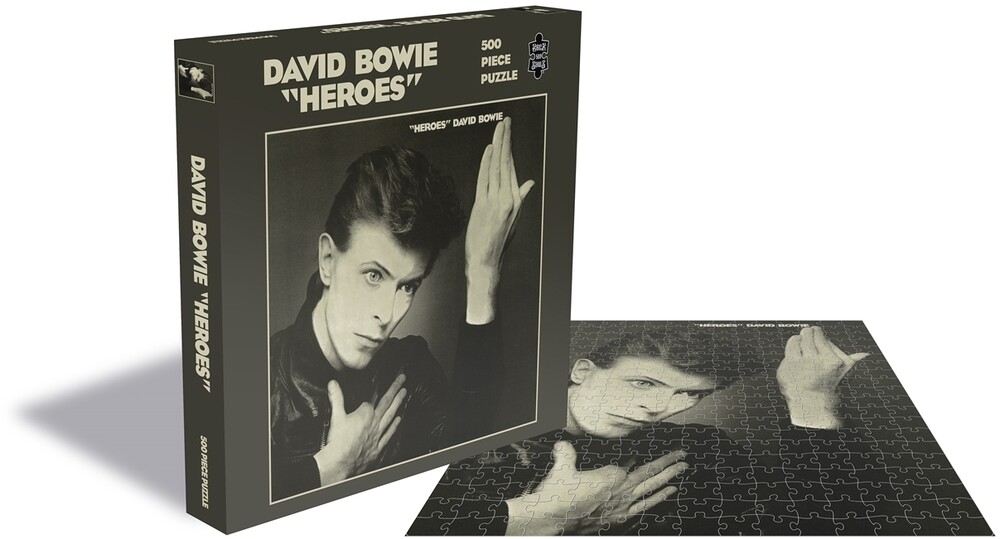 "Heroes" is David Bowie's twelfth studio album, released in October 1977. It was the second instalment of his Berlin Trilogy recorded with producers Brian Eno and Tony Visconti, following "Low" and preceding "Lodger". It was the most well received of the three albums by music critics on release and was named Album of the Year by both NME and Melody Maker. The album reached number 3 on the UK Albums Chart and stayed in the charts for 26 weeks. The title track remains one of Bowie's best known and acclaimed songs. The iconic album artwork is now available as a 500 piece jigsaw puzzle printed on high quality board.500 pieces, Weight: 490g, Jigsaw size: 41 cm x 41 cm, Box size: 30.9cm x 30.9cm x 2.8cm