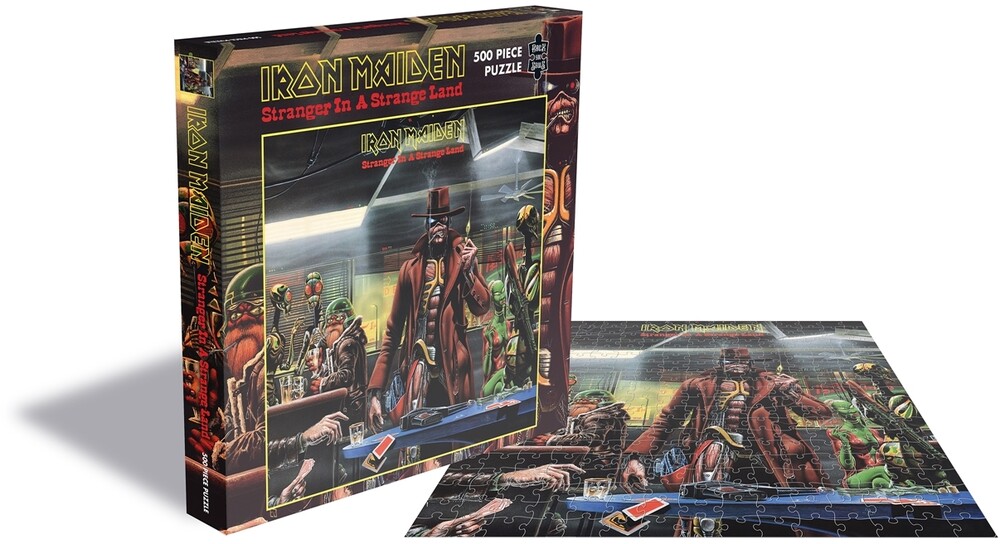 Released on 22nd November 1986, "Stranger In A Strange Land" is the second single from English heavy metal band Iron Maiden's sixth studio album "Somewhere In Time". The song peaked at number 22 on the UK Singles Chart. Eddie's appearance on the single cover is an homage to the Clint Eastwood character "Man with No Name", although it can also be seen as a mixture of Rick Deckard from Blade Runner and the "Man with No Name". This version of Eddie would later be used in the Camp Chaos music video for "Run to the Hills". The single's iconic cover art, created by Derek Riggs, is now available as a 500 piece jigsaw puzzle printed on high quality board.500 pieces Weight: 490g Jigsaw size: 41cm x 41cm Box size: 30.9cm x 30.9cm x 2.8cm
back to top