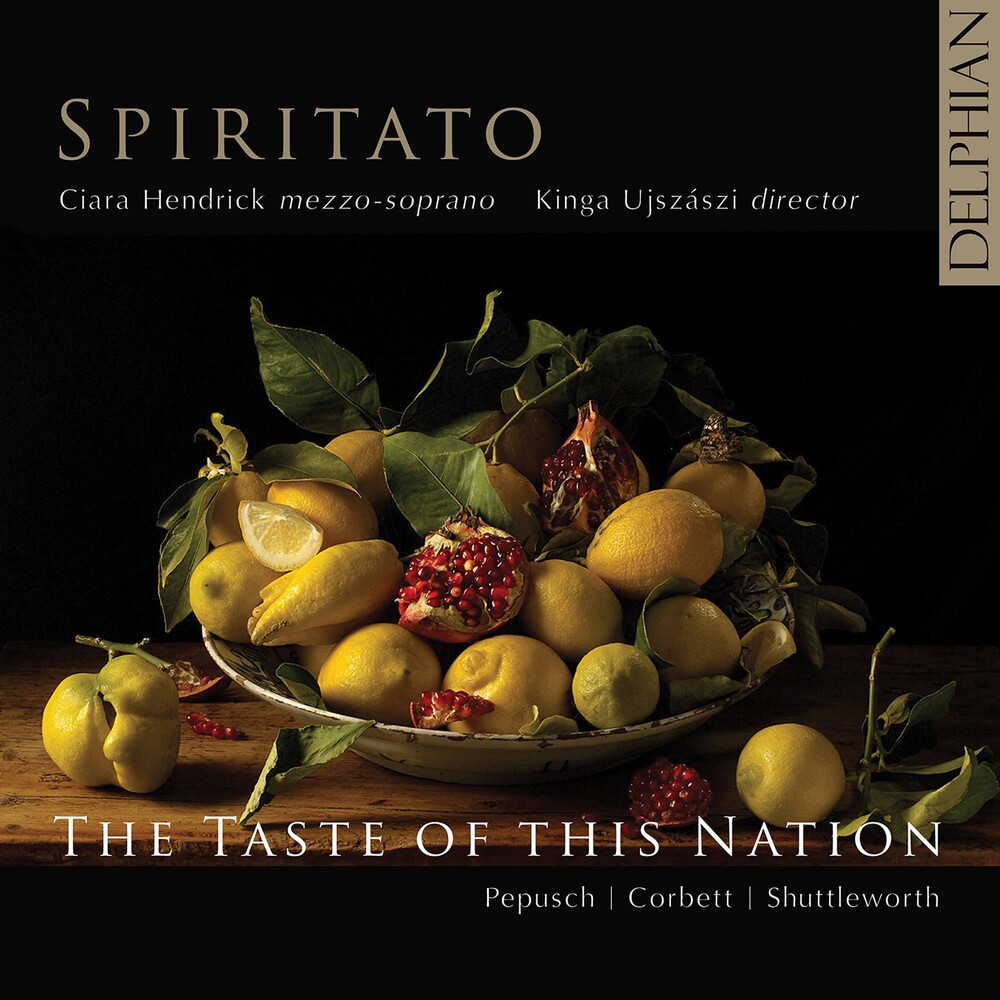 Period ensemble Spiritato's Delphian debut transports us back to a decisive juncture in the history of English music. The Taste of this Nation is a picture of the rapid arrival and astonishing success of Italian styles, genres and indeed musicians in London in the early 1700s, showing that a vibrant, cosmopolitan scene had arisen in the capital even before the arrival of Handel on British shores in 1710. One of the prime instigators of the Italianate tendency was in fact an immigrant from Prussia. Johann Christoph Pepusch composed for the Italian soprano Margarita de L'Epine (also based in London) what can be regarded as the first English cantatas in the Italian style. Spiritato are joined by mezzo Ciara Hendrick, on dazzling vocal form in four of these works, while the vigor and precision of the ensemble's playing - led by violinist Kinga Ujszaszi - comes to the fore in instrumental works by two native Englishmen which again evidence Italian connections. Obadiah Shuttleworth's concerti grossi are inventive reimaginings of violin sonatas by Corelli, and William Corbett's infectious Bizarrie Universali show how a composer who had spent extensive time on the Continent could trade on his Italian connections to win favor with audiences in his native land.