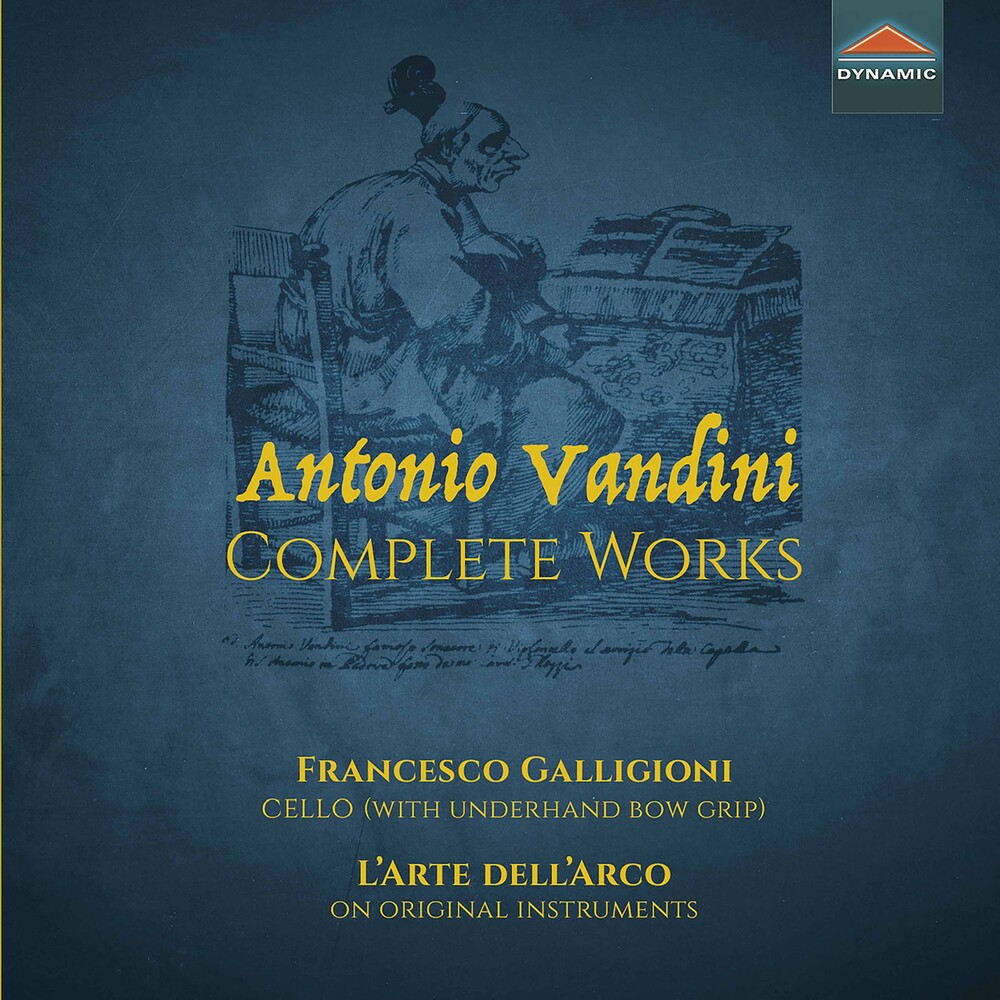 Antonio Vandini was born around 1690 in Bologna, the city where the cello knew it's first glories as a solo instrument. He held several assignments in Bergamo, Venice and later Padua, where he developed a friendship with Giovanni Tartini. His virtuosity was brought to fame by Charles Burney who defined him "the famous old Antonio Vandini on the violoncello who, the Italians say, plays and expresses a parlare, that is in such a manner as to make his instrument speak." Vandini's cello works are the apex of the instrument's output of his time, for the persistent exploration of the high register, the frequent use of double stopping, arpeggios and chords even in unusual combinations, a variety of bowing techniques, and rapid passages. The works recorded on this release represent his complete output and are played by the specialist period ensemble L' Arte dell'Arco, as usual on period instruments, using the original under-hand bow technique invented by Vandini himself. Cellist Francesco Galligioni declared "when one uses the underhand grip, the cello has a particular sound. It is very much 'inside the instrument', very present, but with a completely different articulation from what we are used to. I believe that those who perform early music have a responsibility to explore obsolete practices and return to the genuine sound of the period, a varied sound which has perhaps been lost today. I did not use a grip in imitation of the one used for the viola da gamba, but I wrapped the palm around the frog as Vandini seems to be doing in Ghezzi's caricatures."