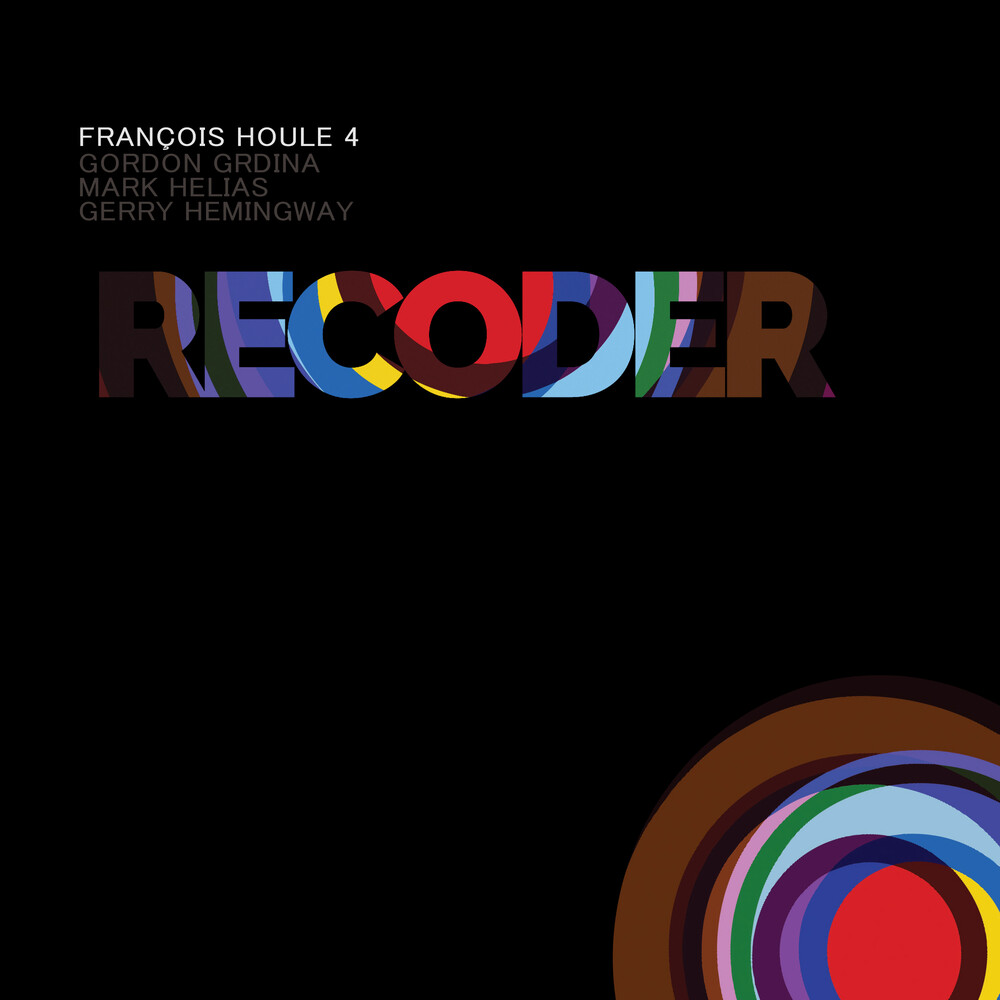 Acclaimed Canadian clarinetist François Houle's new international project is rhythmically driven, with Gordon Grdina's incendiary guitar playing matched by Mark Helias's fluid bass lines and Gerry Hemingway's propulsive, unconventional drumming. Following a rigorous compositional process, 'RECODER' was designed to highlight the musicians' infectious virtuosity and to tackle ideas inspired by a wide range of influences, from Miroslav Vitous, Olivier Messiaen and Jimmy Giuffre to Anthony Braxton.This music is conceived very methodically, with pitch cells, tonal key areas that are constantly shifting, and rhythmic figures that are stretched and compressed following a pre-established logic. It's evocative and surprising while observing traditional morphologies and stylistic identifiers. Houle's concepts come through brilliantly with the support of this stellar cast of musicians. They find some truly creative and imaginative ways to interpret the material, and to support each other in weaving a coherent canvas for self-expression.7 of the 15 tracks on this album are original and engaging compositions by Houle, who penned this repertoire while living in Basel, Switzerland during a sabbatical year away from a busy teaching schedule in Vancouver. These pieces are framed by moody and soothing clarinet duet interludes by Houle and Mark Helias (yes, he plays clarinet too!), providing the ears with a bit of time to settle in between the more rigorous composed material.Houle is also an accomplished classical, new music and world music performer and a noted composer-performer of solo electroacoustic clarinet music. When he turns his focus to avant jazz, this unusually broad range of musical experience inevitably contributes to the music's interest.