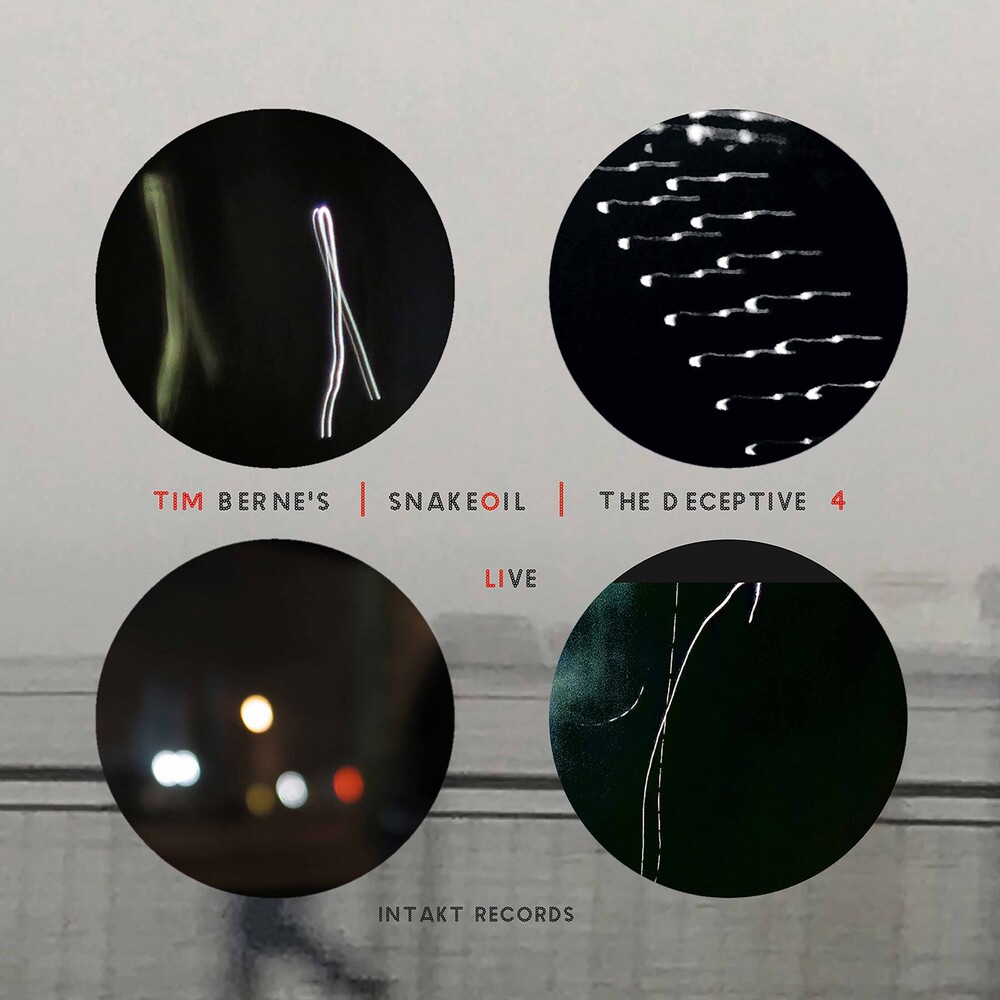 Tim Berne's Snakeoil, this group that has grown into a conspired unit over many years, presents with The Deceptive 4 an extraordinary live double album. "This double-album live document, The Deceptive 4, traces the evolution of both Berne's writing for Snakeoil and the way the band interprets his compositions onstage - from the group's nascent beginnings to not long before the recording of it's most recent studio release, and first for Intakt, The Fantastic Mrs. 10. The first album presents a Snakeoil concert recorded in 2017 within the studio-like acoustics of Firehouse 12 in New Haven, Connecticut. Album 2 combines music from the foursome's second and third shows ever, before Berne had even settled on a firm name for the band. The first three tracks on the second album were recorded in 2010 at the intimate I Beam space in Brooklyn, New York, with the fourth track - an homage to Berne's key mentor, saxophonist-composer Julius Hemphill - taped in 2009 at the theater Roulette, also in Brooklyn. The quartet music captured on The Deceptive 4 flows from sinuous lyricism to expressionistic fierceness and back again like sonic quick -silver, the players utterly attuned to each other and the questing, even head-spinning dynamism of the material' writes Bradley Bambarger in the liner notes.