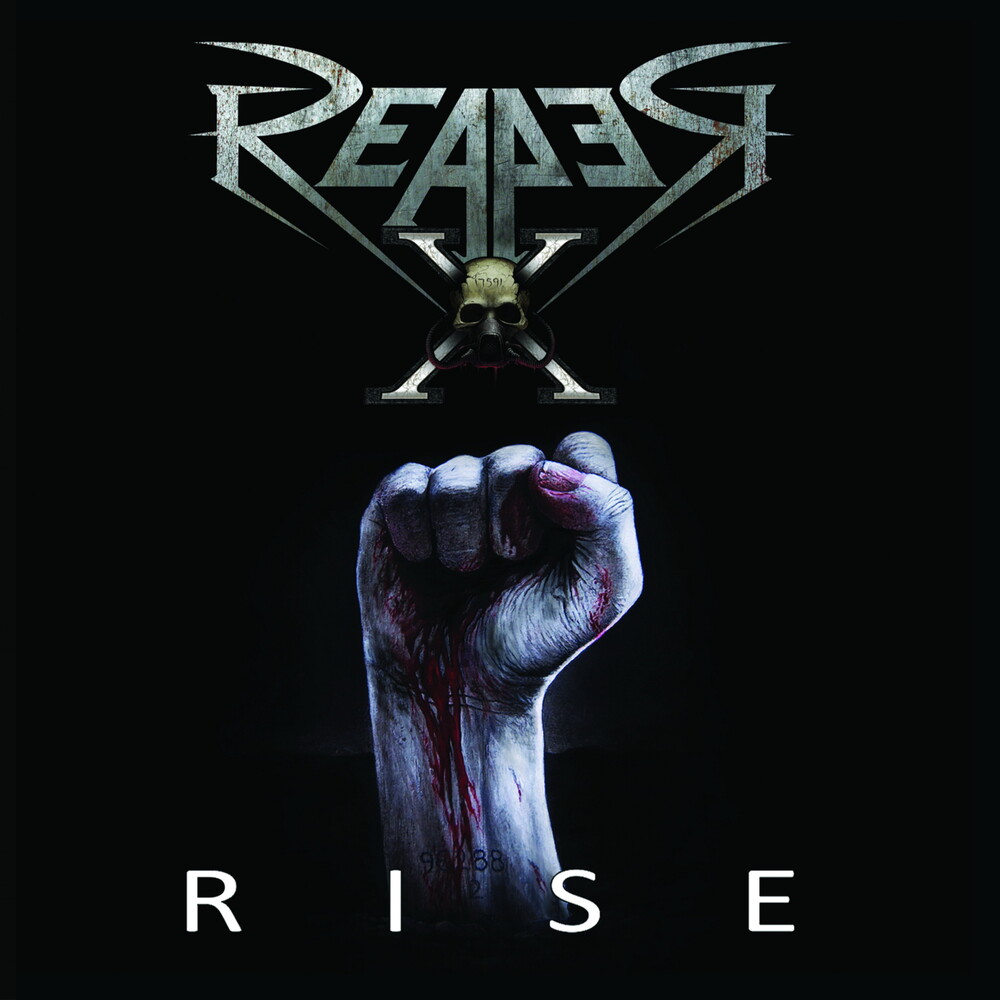 The album starts with a dark and looming instrumental entitled Death Resurrected that sets the tone for the album. Instantly afterwards, you are met with Carl's monstrous drum solo that starts the track Blood In The Air. Scott Austin's powerful vocals kick in and give a clear sense of what this song portrays which is that Reaper-X mean business, with vocal lines such as "we're here to destroy, we're here to make noise" giving an adrenaline fueled deliverance on the topic. The following track Reaper is a dark, brooding, slow paced song which mirrors it's title, deep heavy low end guitar and almost limerick style vocals make this track hard and heavy throughout. The song Fury In Flames is a flashback to all of the thrash metal of old with lots of palm muted riffs and solos and catchy chorus lines that made thrash metal so popular to begin with. In a change of pace, Adrift shows the diversity of the band as it is a ballad of sorts, combining clean guitar and vocals with the more aggressive distorted guitars and solos. This is really Scott Austin's moment as he shows off his vocal range and portrayal of emotion through his voice. Mark Innocent also delivers a powerful and emotional solo to close out the song. The track Diplomatic Solution is a perfect mix of hardcore metal with a hint of power metal as the dynamics of the song change throughout, touching on powerful subjects such as war, this track is very complex. Then comes the albums title track entitled Rise. This song is slow and heavy with catchy lyrics and breakdowns throughout, encouraging people to "rise up" against violence and stand their ground through impossible odds. Red Menace follows and is a fast, aggressive song touching on the subject of communism and oppression. It is full of melody and high energy segments to get the blood flowingFinally, the album closes with Noose which tells a story of dealing with suicide.