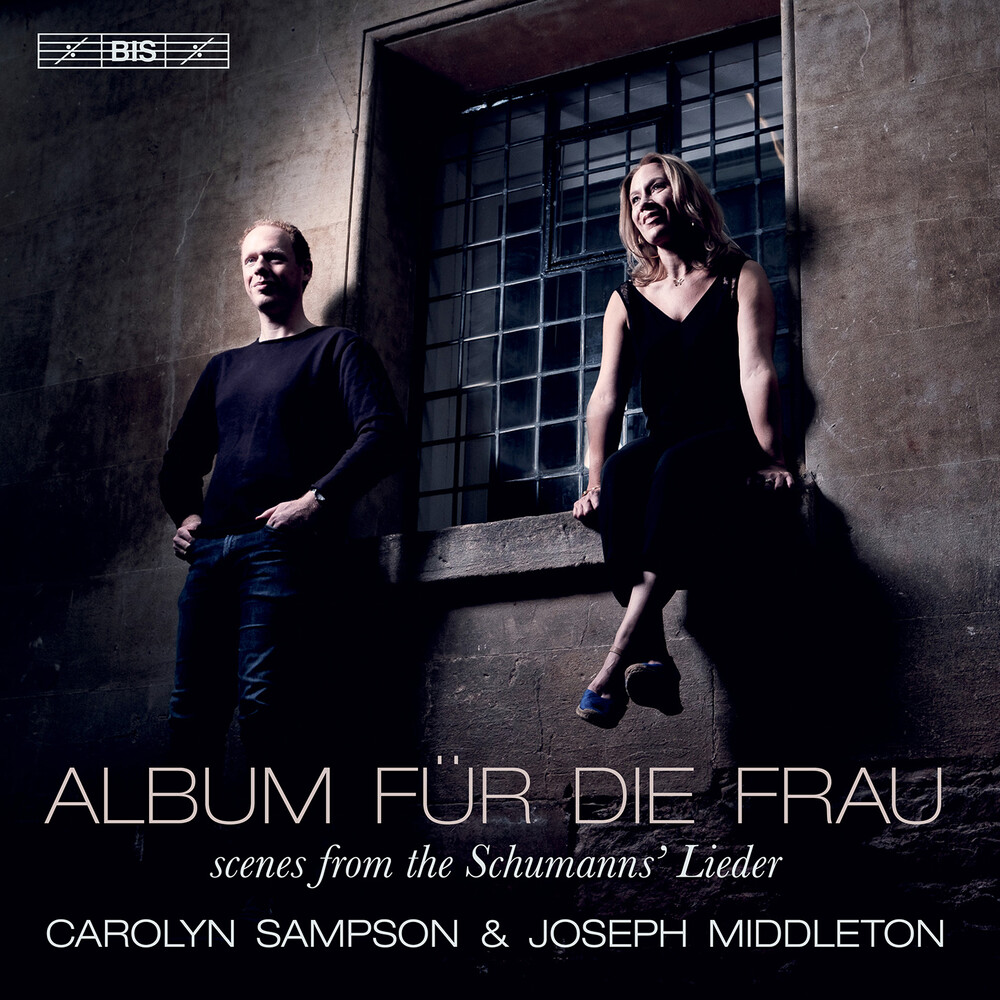 For the first four years of their marriage, Robert and Clara Schumann kept a joint diary, a project which Robert described as 'a record of our wishes and our hopes, and the means whereby we may convey to one another any requests we may have to make, for which words may not suffice...' In the imaginative recital Album für die Frau, Carolyn Sampson and Joseph Middleton combine songs by both composers into something similar - the depiction of a relationship seen through the eyes of both parties. Using the eight songs from Robert's song cycle Frauenliebe und -leben to poems by Adalbert von Chamisso as the framework, they add songs as well as some piano solos in order to create a fuller and more complex picture. The result seems to suggest that the experiences of our 'Frau' are richer than Chamisso and Robert Schumann imagined: while love, marriage and motherhood dominated much of Clara Schumann's life, Robert's death in 1856 signaled the start of a four-decade widowhood during which she resumed her stellar career as a pianist. As a team, Carolyn Sampson and Joseph Middleton have released a number of acclaimed discs, including 'Fleurs', featuring flower-themed songs by composers from Purcell to Richard Strauss and Britten, 'A Verlaine Songbook', exploring settings of the poetry of Paul Verlaine, and 'A Soprano's Schubertiade', a Schubert anthology.