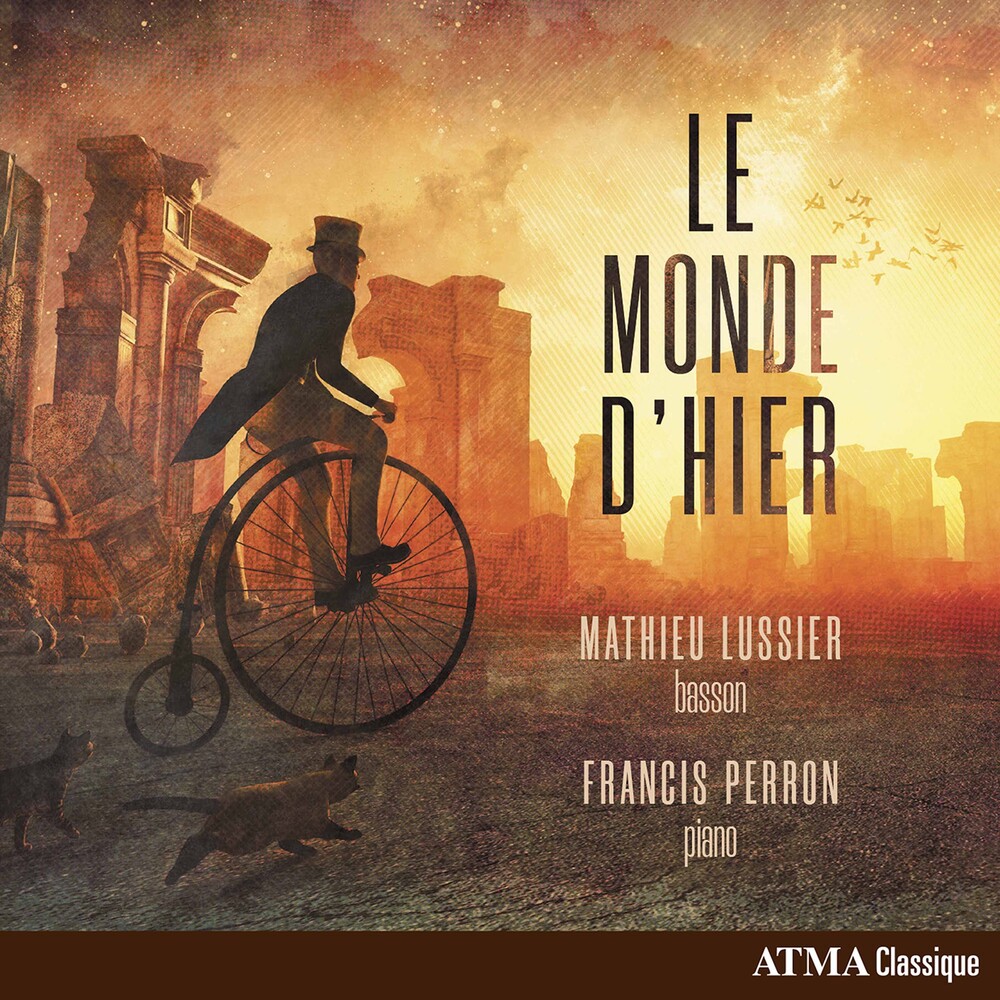 In Le monde d'hier, bassoonist Mathieu Lussier and pianist Francis Perron explore French and English repertoire for bassoon written at beginning of the 20th century. The composers recorded here, including Elgar, Gounod, Massenet, and Saint-Saëns, fully embraced the Romantic movement of their era. Gabriel Pierné's almost jazzy Solo de concert rubs shoulders with the noble and introspective Romance by Edward Elgar. Lussier has also chosen grand sonatas by Camille Saint-Saëns and William Hurlstone, as well as smaller works and short vignettes by Herbert Howells, Eugène Bourdeau, Charles Gounod, Jules Massenet, and Philippe Gaubert. As a soloist, Mathieu Lussier has energetically and passionately promoted the modern and baroque bassoon as solo instruments for more than two decades throughout North America and Europe. He also devotes considerable time to chamber music as a member of ensemble Pentaèdre de Montréal. Since the summer of 2014, he has been a faculty member at the Université de Montréal. Since 2014, Lussier has been associated with Les Violons du Roy as Conductor-in-residence. In his role as Associate Conductor from 2014 to2018, Lussier led the orchestra in concerts in Quebec, and on tour across Canada, the United States, Mexico and Brazil. Lussier was recently appointed Artistic Director of Arion Baroque Orchestra. Francis Perron's wide experience as chamber musician, accompanist and vocal coach have made him a much sought-after collaborator. A founding member of the Orford Six Pianos ensemble and a member of the Nouvel Ensemble Moderne (NEM) since 2017, Francis Perron is currently an associate professor at the Université de Montréal Faculty of Music, responsible for the piano accompaniment program in addition to being the vice-dean for international relations.