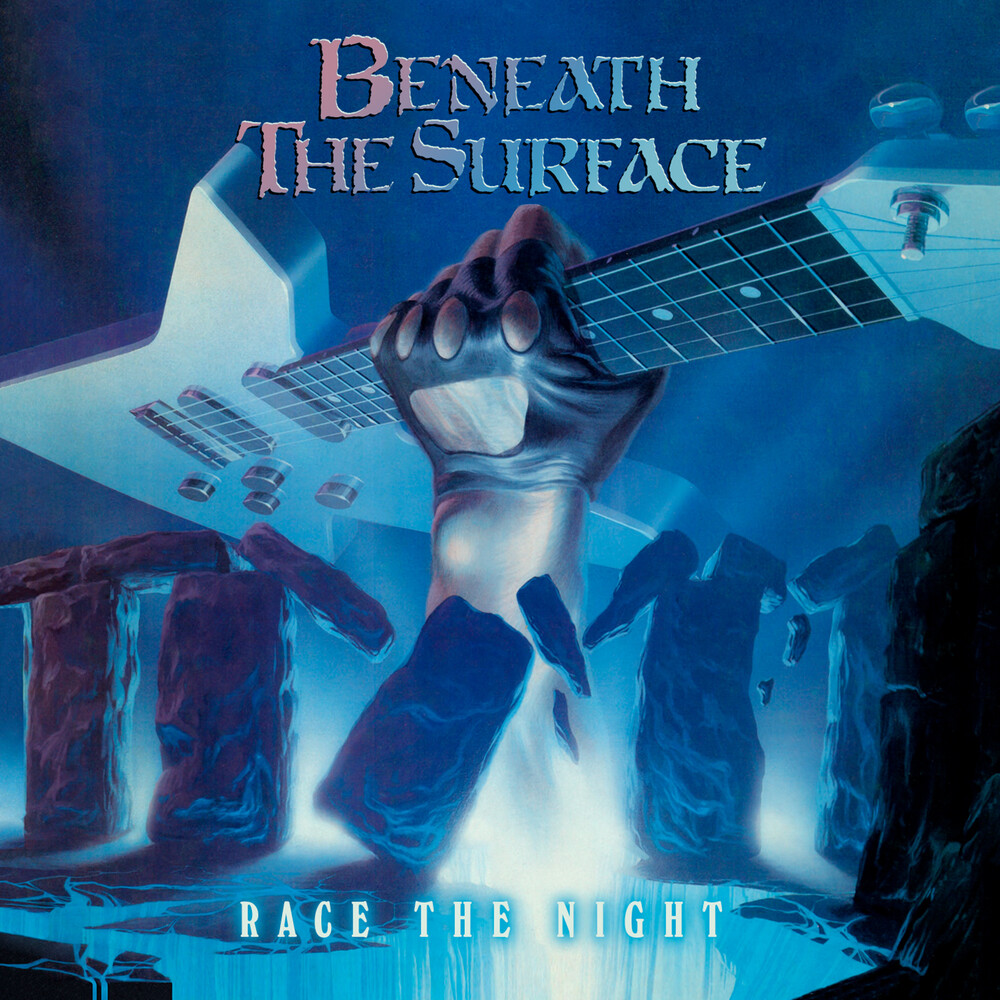 SURFACE was formed in Birmingham, England circa 1980 by school friends John Bennett (bass), Mike Cheshire (guitar), and Paul Drew (guitar); who then recruited Tony Floyd (vocals) and Jamie Hawkins (drums). Lineup shifts saw Gez Finnegan replace Tony on vocals, Jamie's younger brother Ian come in on bass, guitarist Mark Davies supplant Paul, and the addition of Dean Field on keyboards. This lineup somehow managed to secure a six-week tour of France before ever recording a single note-after which Loz Rabone replaced Mike on guitar and the lineup stabilized.A little-known four-song demo was laid down at Warwickshire studio The Barn in 1985 (complete with the late, great Tony Mills of SHY/TNT fame on backing vocals), which caught the attention of the Killerwatt label (ANGEL WITCH, U.K. SUBS, etc.), who were so impressed by SURFACE'S live performances that they offered the group an opportunity to record a live album. The 10-song, 46-minute Race the Night was captured at a hometown gig at The Railway in Birmingham and issued on LP in the summer of 1986-a powerful representation of the band's energetic take on metal-tinged hard rock/AOR anthems.Another tour of France ensued, and American label JCI eventually stepped in to distribute the album on CD/LP/cassette in the U.S. around 1988. This resulted in all-new cover art and a name change: Beneath the Surface. The sextet continued writing new material and began developing toward a more commercial style, but a faulty management deal had started to halt progress. As is all-too-often the case, the band never recovered. It's members gradually focused on other projects, and Race the Night was relegated to "unsung gem" status.Bootlegged by a Spanish label in 2005, Divebomb Records is now thrilled to present the first official Beneath the Surface reissue in over 30 years! Rounded out by the group's rare 1985 demo, this 14-track, hour-long discography has been completely remastered by Jamie King Audio. As always, the disc will be presented alongside a booklet packed with information-including a retrospective interview with Beneath the Surface. For the fans, by the fans!