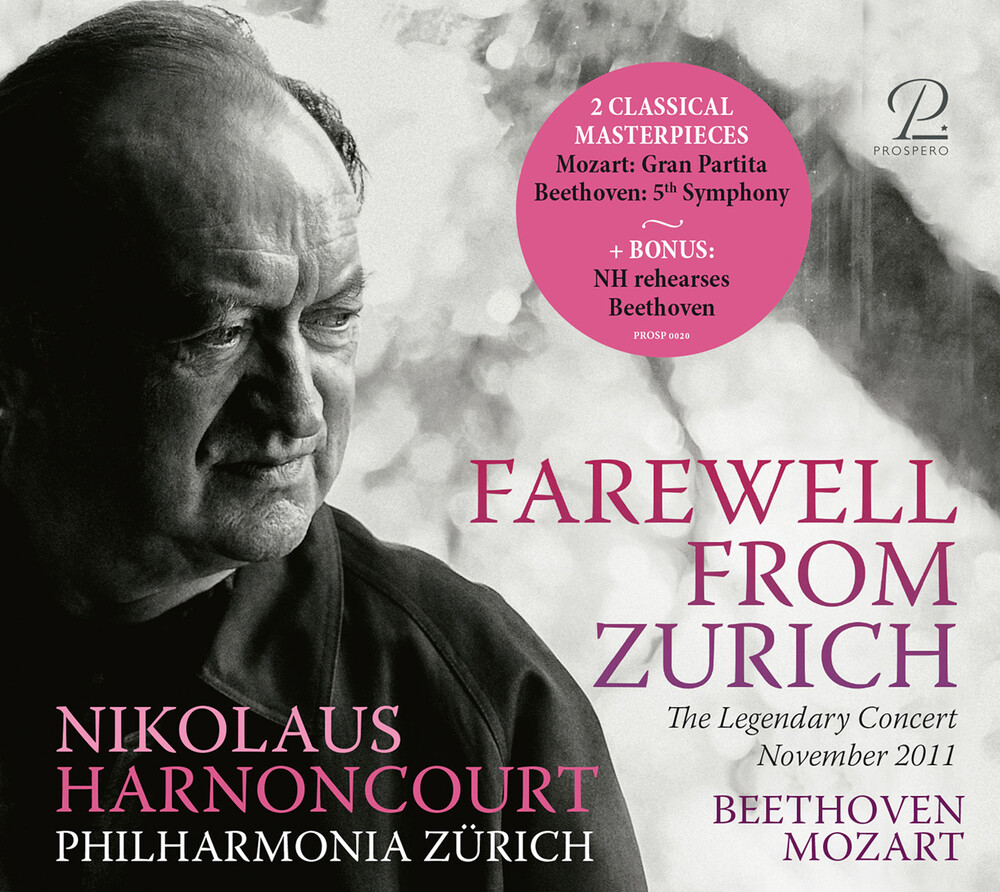 The PROSPERO label presents here Nikolaus Harnoncourt's legendary Zurich farewell concert of November 2011. After 36 years of opera and concert activities at Lake Zurich, the maestro bid farewell to his orchestra and his audience with Mozart's Wind Serenade K. 361 and Beethoven's Fifth Symphony. The conductor originally intended to work on the Gran Partita at the performance venue, the Zurich Tonhalle. However, as he was already in poor health, the meticulous rehearsals typical of the maestro were moved to his home in St. Georgen in Upper Austria. The musicians of the Philharmonia Zurich (formerly the Zurich Opera House Orchestra), who were able to experience how the interpretation was fine-tuned there, still talk today with shining eyes about this intensive and immensely enriching collaboration. So it is not surprising that the orchestra gave literally 'everything' at the farewell concert for one of the most important of his guild, in order to give it's conductor a worthy musical farewell. Swiss radio raved at the time about a "breathtaking moment of the concert year 2011". One critic even spoke of the "craziest performance of Beethoven's Fifth ever heard in the Tonhalle Zurich". This concert event is now available in a sonically carefully restored 'splendid edition'. As a hardcover book with 44-page booklet, including many illustrations and never-before-published visual material. As a special musical bonus, the edition contains a rehearsal recording of Beethoven's Fateful Symphony.
back to top