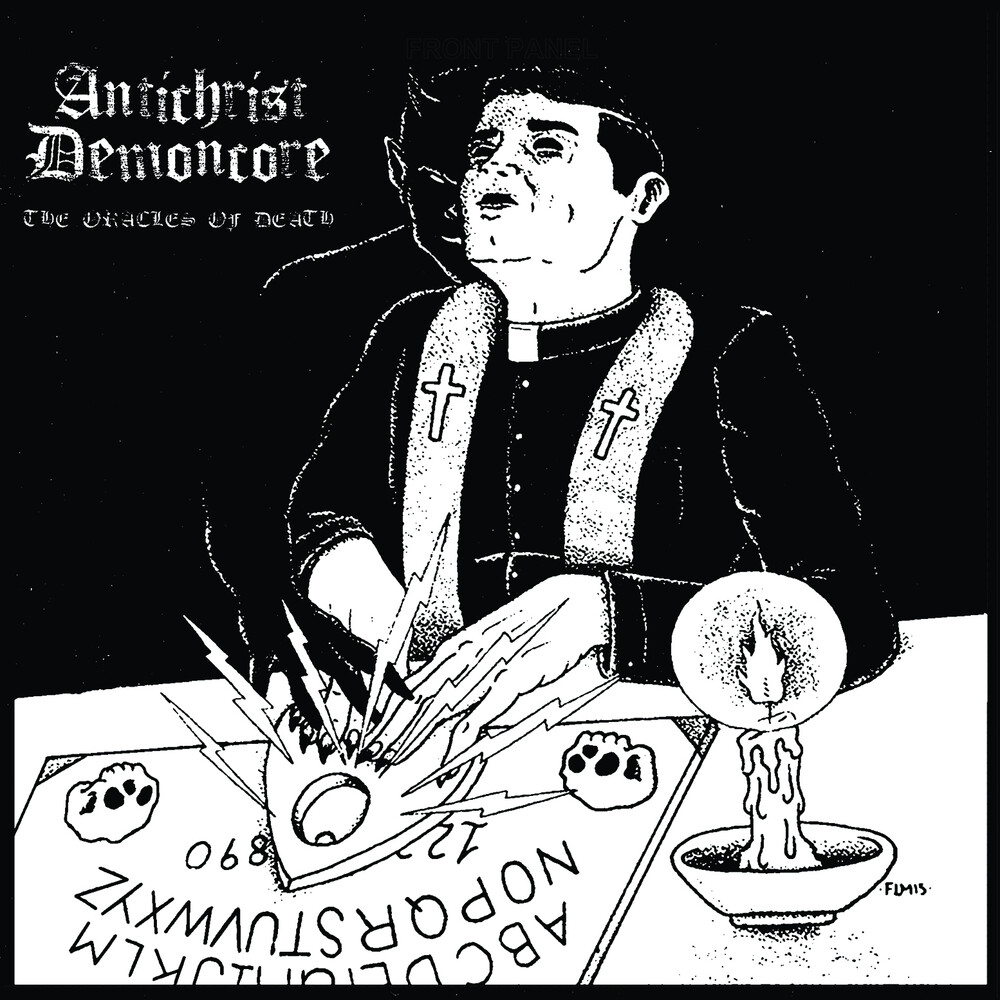 Acxdc have been spreading their satanic grindcore mass since 2003. The early releases were collected on fifty-two tracks discography picture disc. The band then recorded a killer full length LP six years ago where they matured as a band. This LP collects everything after that - GOOLAGOON split, CHIENS split, DISPARO split, and the postcard flexi. The newest tracks still have ripneck speeds and alternating vocals but have a more matured sound to them and provided a bit more to sink your teeth into. With most of these releases only now available on Discogs, this new collection will let you find everything easily and not make you pay $666 for any one release."Powerviolence warriors" - NOISEY"Antichrist Demoncore is a blasting, hardcore/punk, powerviolence fueled adrenaline rush of skull crushing greatness. 9/10" - METAL INJECTION"The quintet can start, stop, and shift with the skills of Lack of Interest, bruise bodies and eardrums by way of Crossed Out breakdowns, and stealthily slip a knife under your guard a la Slap A Ham's finer satirists." - INVISIBLE ORANGES