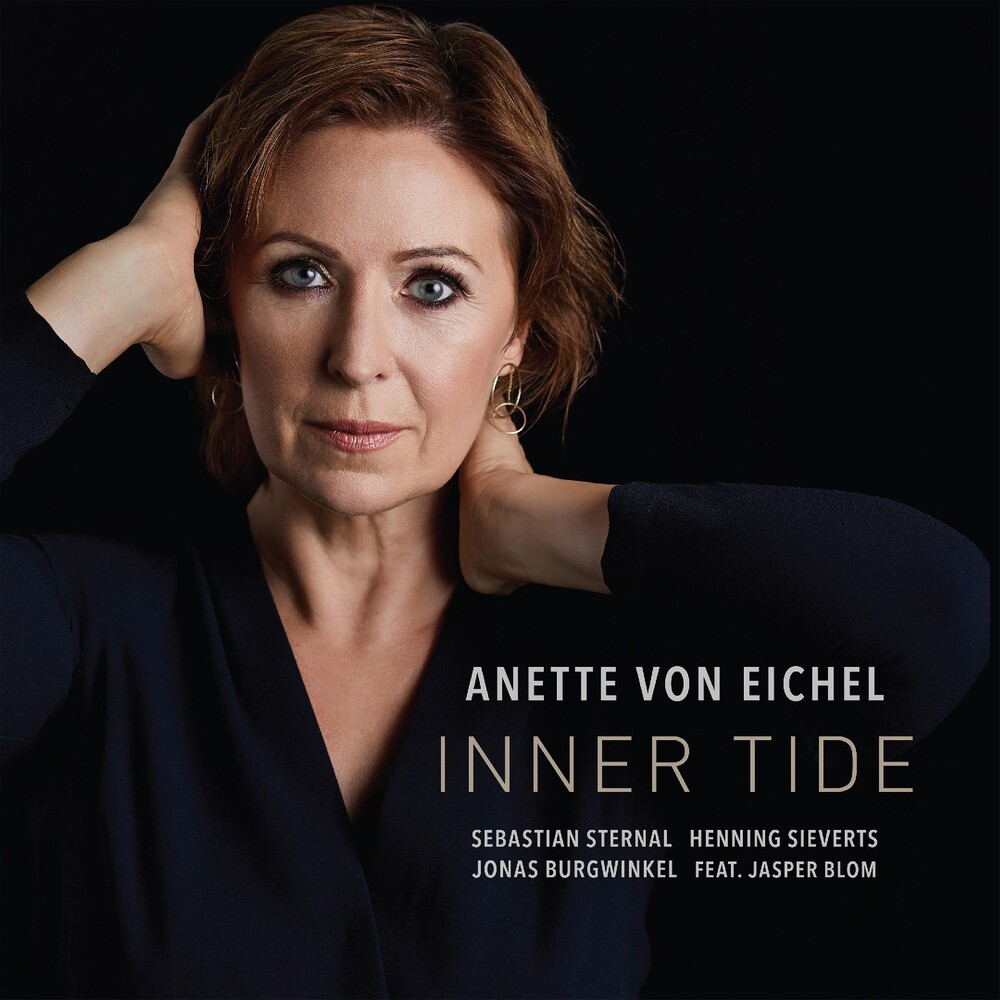 After Anette von Eichel opened a small window for the audience in 2001 with her debut release "Welcome To My World" to let people discover a previously unknown vocal talent, the spectacular and official start of her career was in 2004 with the release of "Get Out Now" in the beginnings of Jazz thing Next Generation. She has been teaching at the Academy of Music and Dance in Cologne as a professor of jazz singing since 2010. Nevertheless, she realigns her musical parameters and surprises with releases that stand out from the enormous sea of sound recording media in a pleasantly unpretentious way. After "Golightly" (Double Moon DMCHR 71106) from 2012, a duo album in 2017 and a Mingus project in 2019, "Inner Tide" is now her next work. The album unites a top-class instrumental combo with pianist Sebastian Sternal, bassist Henning Sieverts, drummer Jonas Burgwinkel and saxophonist Jonas Blom, in which the names alone prove that they cannot be reduced to mere accompanists. "This is exactly where I am now," Anettevon Eichel described the core statement of the nine titles of "Inner Tide". For her, it is a sign of the way, as always, when the singer, after a supposedly quieter public phase, comes out into the open again, deeply authentic, prominently, the field staked out with the "Eichel" brand. Or as she puts it laughingly: "Pure Me." Her older albums always featured pieces by others that fit her well. "Now, for the first time everything comes from me, not only the lyrics, but also the entire music. This is a big and important step for me, almost a new phase of my identity. And the result really makes me very, very happy!"