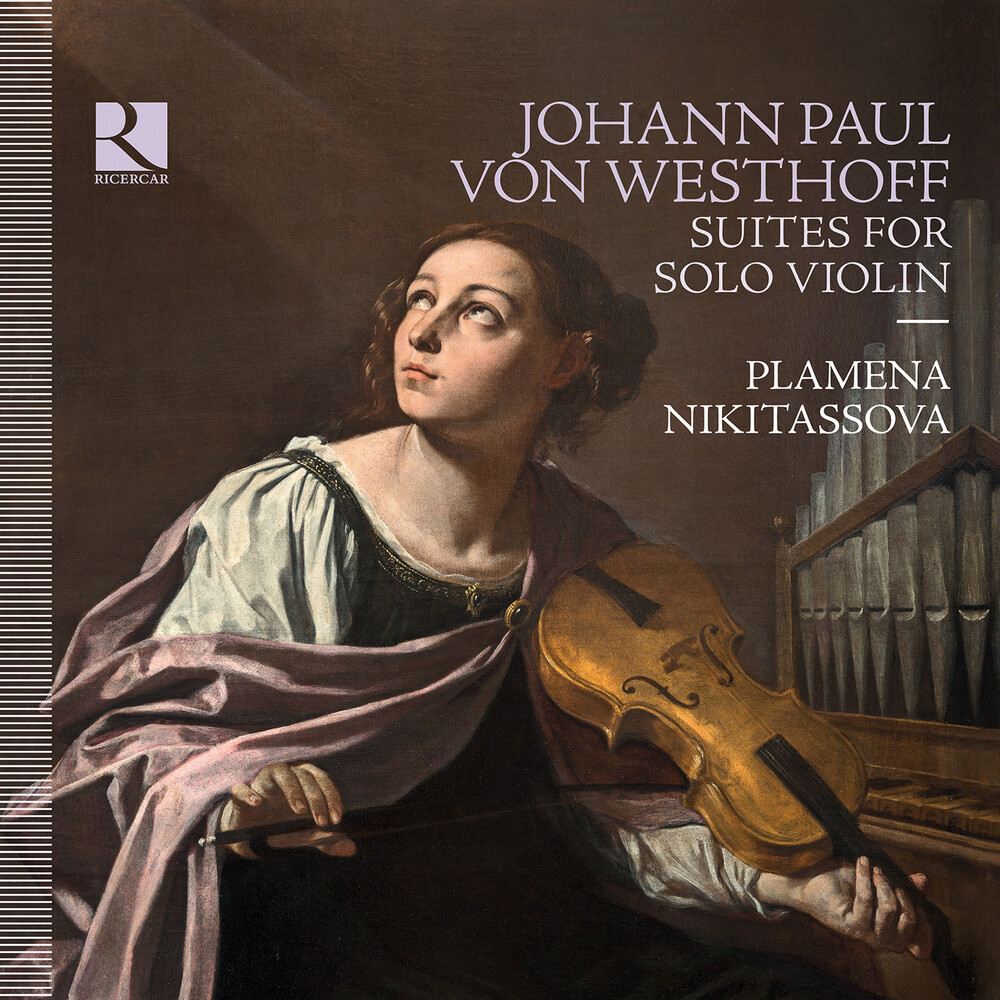 Johann Paul von Westhoff (1656-1705) was one of the most brilliant members of the significant school of violinists that flourished in seventeenth-century Dresden. This impressive virtuoso, who was even applauded by Louis XIV at Versailles, wrote the very first compositions for unaccompanied violin, which of course foreshadow the later masterpieces of Johann Sebastian Bach. The programme recorded here includes some suites from his collection published in Dresden in 1696, as well as the suite that was printed in the Mercure galant of Paris in 1683, following his visit to Versailles. Plamena Nikitassova was born in Varna (Bulgaria). At sixteen years old, she won a music scholarship that she spent in Switzerland. She then studied classical violin with M. Karafilova Piguet at the music high school of Geneva and with Prof. M. Frischenschlager at the music high school of Vienna. She obtained her teaching and soloist diploma in 1999 in Geneva, with distinction, and then played in concerts within the romantic repertoire. She performed as a soloist and chamber musician at festivals in Leipzig, Berlin, Brussels, Amsterdam, Innsbruck and Paris.