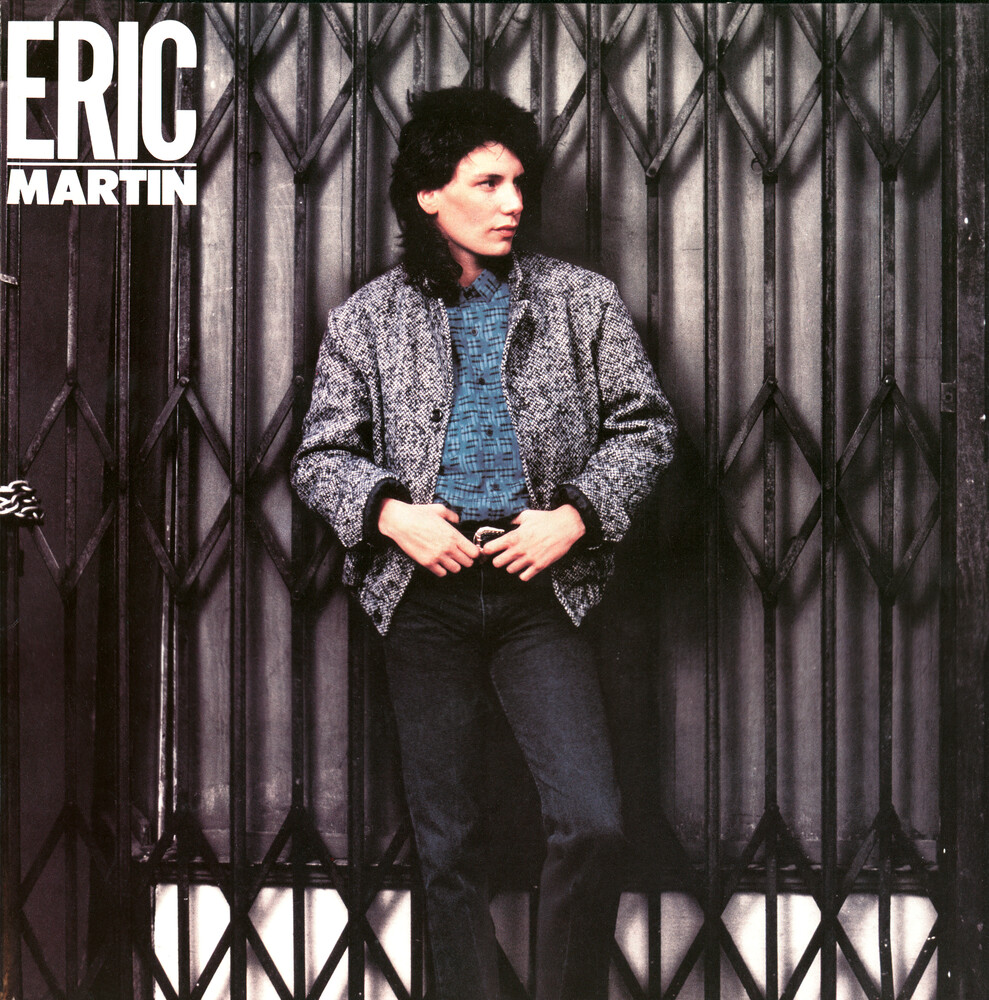 Fully Remastered Audio / EM presages his Mr. Big status with this star-studded '85 solo debut / Produced by Danny Kortchmar (Don Henley, Jon Bon Jovi) & Greg Ladanyi (Kansas, Fleetwood Mac) / Includes 'Information', 'Pictures' & 'Can't Hold On, Can't Let Go' / 12 page full-colour booklet, 4,000 word essay with new interview & enhanced artwork - WHEN IT COMES to vocalists operating in the AOR sphere there can be no denying that Eric Martin is at the top of the heap, right up there with the likes of Steve Perry and Lou Gramm. The owner of a voice that could turn a lacklustre tune into a gold plated classic, nonetheless Martin would have to wait many years before his ship finally came sailing home as the frontman of platinum sellers Mr Big. For a lot of his original fans it was the icing on the cake propelling him into the mainstream spotlight after years spent waiting in the wings for lady luck to shine on him. Based in San Francisco's Bay Area, Eric had initially built a strong reputation as a talent to watch in his previous bands, leading to a deal with Capitol Records, producing this debut solo album. Originally issued in 1985 (recorded in Los Angeles and produced by Danny Kortchmar and Greg Ladanyi) the album launched a number of exciting and catchy songs. It also featured a number of top West Coast based musicians, including Waddy Wachtel, bassist Randy Jackson (Journey), drummer Stan Lynch (Tom Petty and The Heartbreakers) and Steve Lukather (Toto). The results were spectacular, with song writing contributions from the likes of Chris Thompson (Manfred Mann's Earth Band), Neal Schon (Journey), Little Steven and Michael Bolton to name just a few. The record houses several sensational tracks, including 'Secrets In The Dark', 'Information' and 'Pictures'. But it's the cover of Michael Bolton's stone cold AOR classic 'Can't Hold On, Can't Let Go' that really takes top honours. Overall the listener was left in no doubt that Eric's talent would ultimately triumph.
back to top