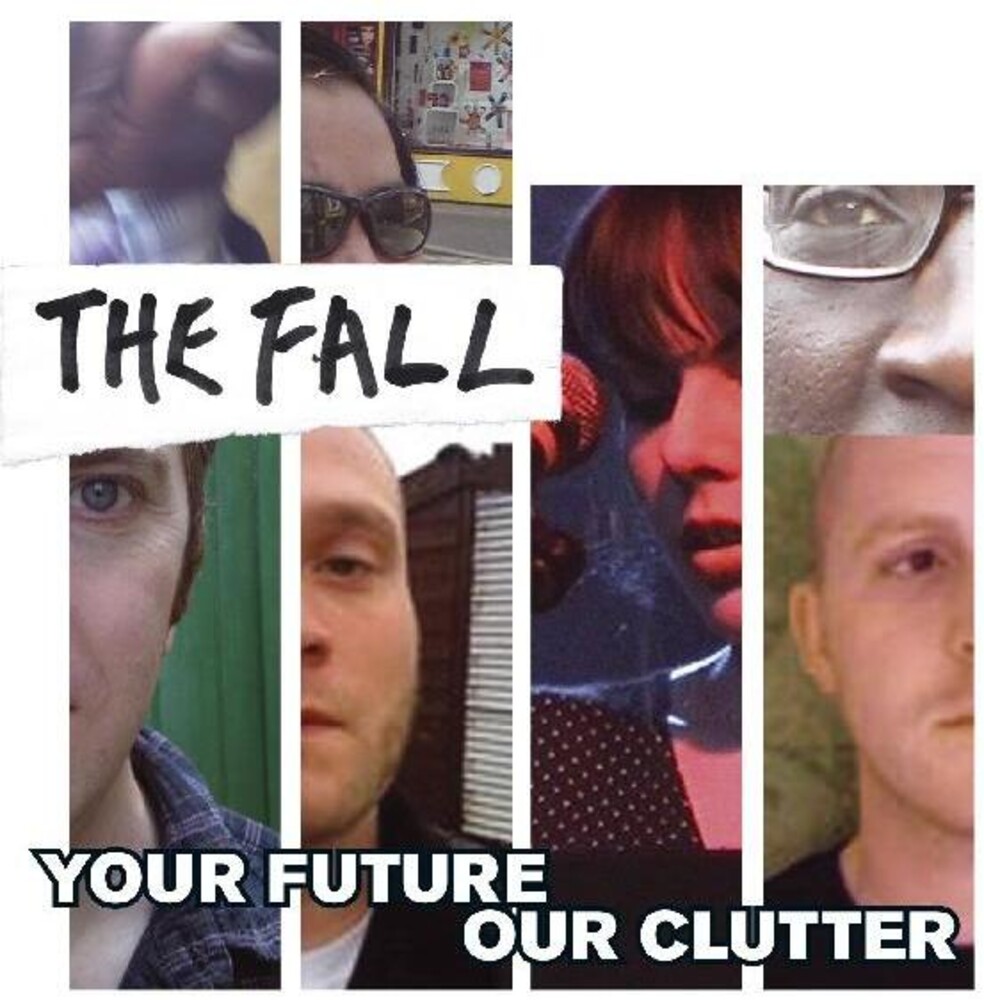 Your Future Our Clutter
Artist: The Fall
Format: CD
New: Not in stock
Wish

On Your Future Our Clutter, The Fall and Mark E Smith are standing tall with a glint in their eye. The album, like the band's current line'up, is lean and fast. The Fall at their forward moving, bone shaking best. Smith, rarely deluded about the virtues of musicians, can testify to the results audible on the record: 'I love this band, it's the best I've ever had, I suppose I would say that but there you are.' Album opener O.F.Y.C Showcase fuses M60 motorik with drag racing riffs as Smith shouts the album's title with delirious intent. A few bars in and the sound of white heat in the studio is palpable. Hot Cake, Chino, and Funnel of Love are all recent highlights of the band's live shows; taut and spare, stretched and pummelled into shape by Eleni Poulou's keyboard distortions and interventions. Smith has famously called The Fall country 'n' northern. Cowboy George is Morricone 'n' northern. Twanging guitars leave trails in the dust as peyote shamen make an appearance in the saloon bar. That at any rate is the disorienting effect of hearing Smith's narration of 'a story I was told / of unseen knowledge, unseen hills, unseen footage, and unseen facts.' At nearly eight minutes long Y.F.O.C. / Slippy Floor is a contemporary Fall epic. After two minutes of Smith, bass and drums, the band at their most hotwired and raucous, escalate into mangled euphoria. And, once hell has officially broken loose, decide to stop. Then a dissolve into tape hisses, answering machine spectres and tapping hands. Your Future Our Clutter concludes with Weather Report 2. Smith, revisiting the voice he used to such effect on Extricate's Bill is Dead, sings with mournful tenderness. It's hard not to associate the lyrics with Smith's recent spell of wheelchair bound incapacitation: 'I watched Murder She Wrote, at least five times / The cast deserved to die.' In the unlikely event that Smith was after any sympathy, it would be for having to put up with daytime TV and nothing else. Slowly mutating into a dark electronic pulse, the sound is stately and eerie, echoing Smith's observation that 'The whirlpools grow wider and wider'. As the pulses start to quicken and blow fuses, Smith leans in close to the microphone and delivers a whispered coda: 'You don't deserve rock 'n' roll'