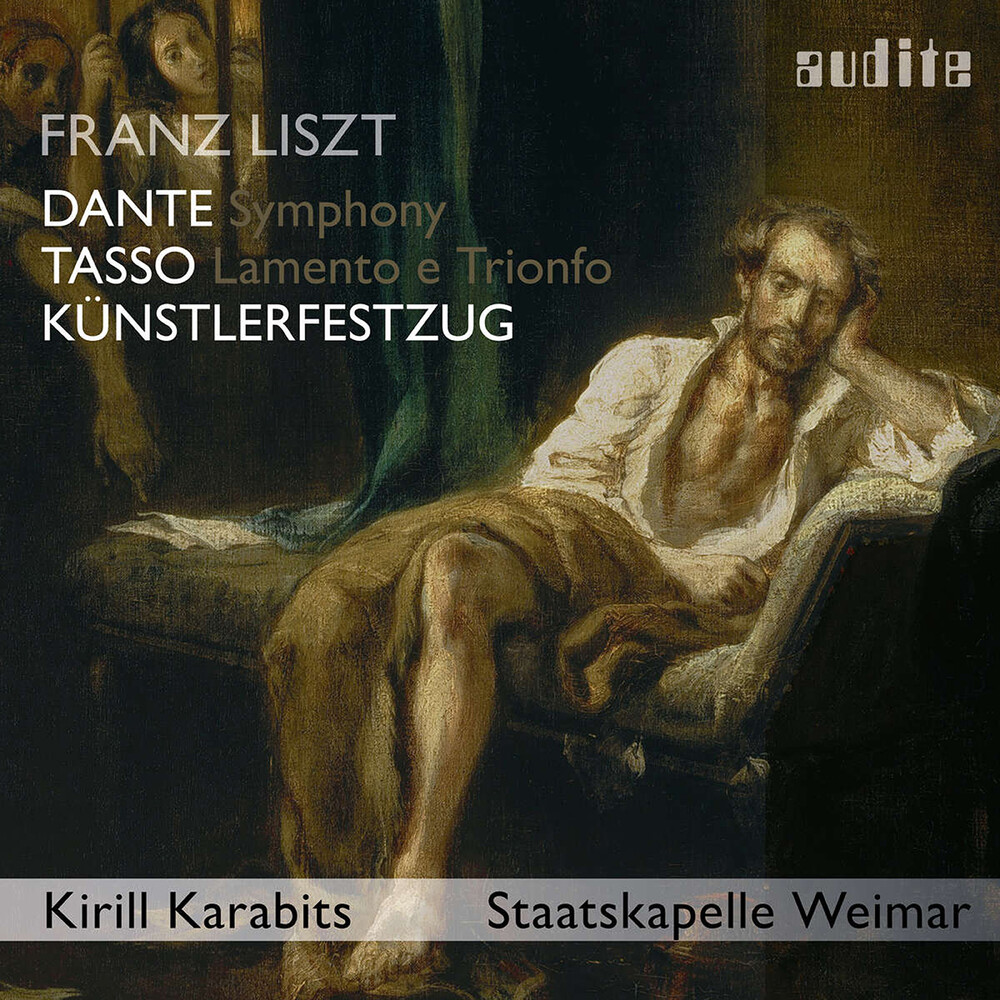 Deep emotions and sombre laments, the torments of Hell and the radiance of Paradise, and the sounds of celebration: the Staatskapelle Weimar and Kirill Karabits are continuing their partnership on the Audite label with Franz Liszt's symphonic poem Tasso: Lamento e Trionfo, his Symphony to Dante's 'Divina Commedia' and - a world-premiere recording - his KĂĽnstlerfestzug zur Schillerfeier. Their three previous releases have all been acclaimed by the press. The works that Liszt wrote for the Weimar Hofkapelle in the 1850s are the very embodiment of a Romantic ideal, combining literature, philosophy and the visual arts to create emotionally intense music that is turned both towards tradition and to the future. As a bonus download (15 tracks) Audite presents Liszt's melodrama Vor hundert Jahren, for which his KĂĽnstlerfestzug was initially meant as a prelude.