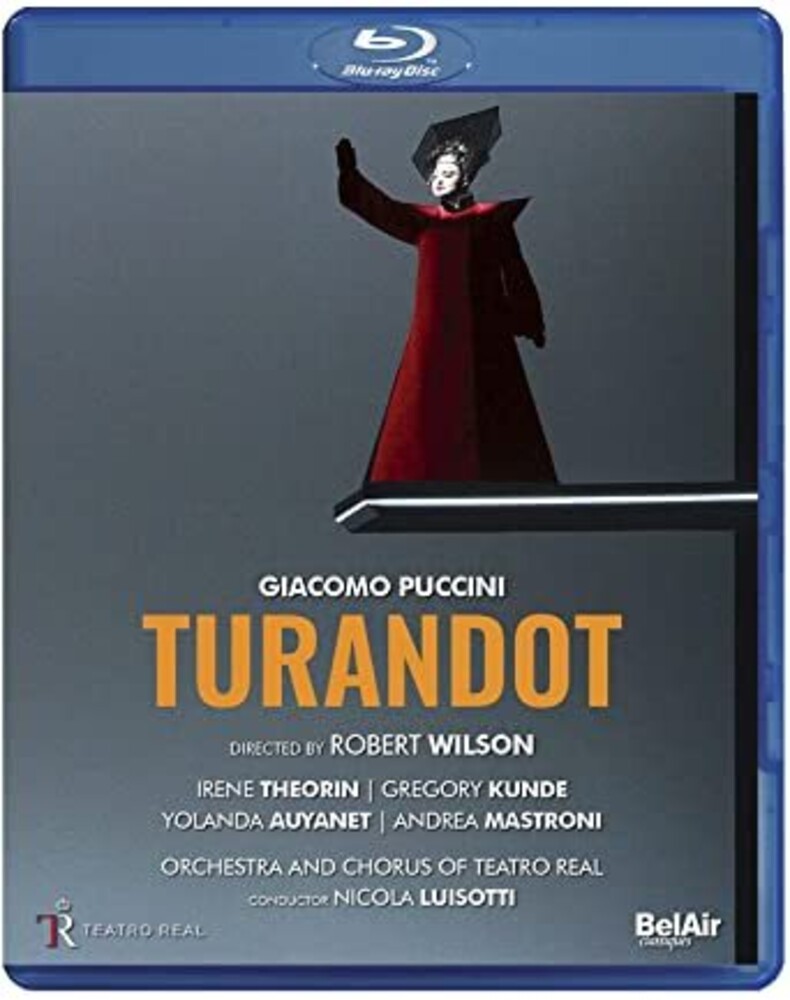 Giacomo Puccini wrote what was supposed to be his last opera at a time where, riddled with disease and old age as he was, he felt like his own turmoil was reflected in the outside world: itself staggering, unsteady, overwhelmed and smashed by the chaos of European diplomacy. In spite of these obstacles, he persevered and worked until the very end of his life on this opera that he left unfinished but that proved to be a "way out" for him in many ways. Drawn from an ancient Persian epic from the 13th century, Turandot was indeed an excuse to escape into a new dramatic universe, one made of unexpected sounds and symbols. Here, in a world removed both geographically and chronologically from his own reality, he gave into the seductive powers of exoticism and eroticism, just as his own heroin Princess Turandot abandons herself to the mysteries of love and forgiveness. After twenty years of absence, Puccini's Turandot was revived on the stage of the Teatro Real in a new production by American stage director Robert Wilson. One of the most important theatre and visual artist of our times, the director who gave life to Philip Glass's Einstein of the Beach and who reinvented Debussy's Pelléas et Mélisande hadn't worked on a Puccini opera in twenty-five years, since his ground-breaking Madama Butterfly commissioned by the Paris Opera in 1993. This new encounter between his powerful visual universe and Puccini's evocative music was bound to be an outstanding event. Carried out by a brilliant cast of singers, dominated by Irene Theorin as Turandot, Gregory Kunde as Calaf and Yolanda Auyanet as Liù, this magnificent production is conducted by the Teatro Real's associate musical director Nicola Luisotti - and has been met with universal acclaim.