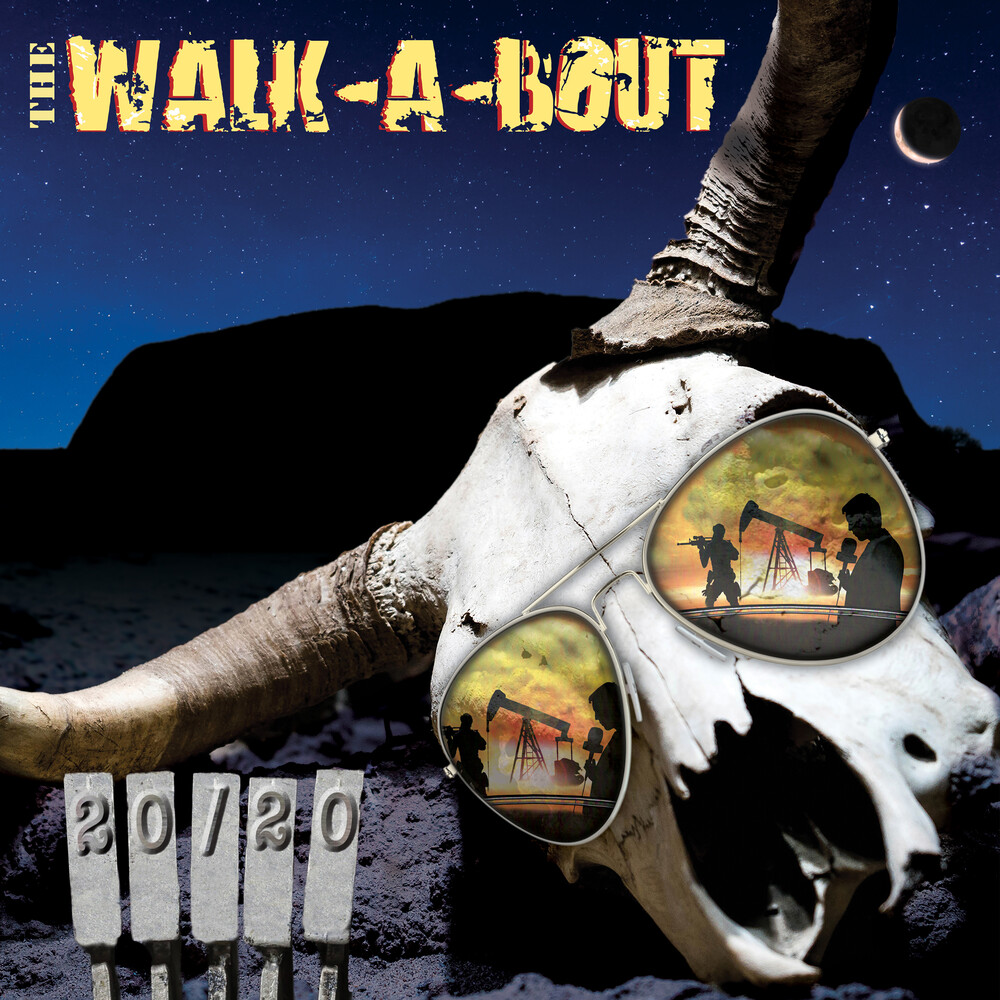 2020 release. The Walk-a-Bout's 20/20 is a multi-genre romp through musical styles such as funk, rock, world, Latin, folk, prog and even a dash of psychedelia, while maintain a pop sensibility within each song structure. The lyrical subject matter is just as varied as the musical stylings, moving from such ideas as social consciousness, introspection, love/infatuation, triumph exploratory notions to even the lyrical sounds of the native Australian instrument the didgeridoo. This is a record written by the band for the people. There is quite literally something on this album for everyone. Another extremely noteworthy factor is the sound. The album was solely on 2-inch analog tape, which give it a strong sense of harmonic unity amongst all of the instruments. This wonderful fidelity truly displays the strong continuity between each song, thus making for a most enjoyable listen. This sonic journey IS The Walk-a-Bout... True, Album Art Rock: a release destined to be a classic.