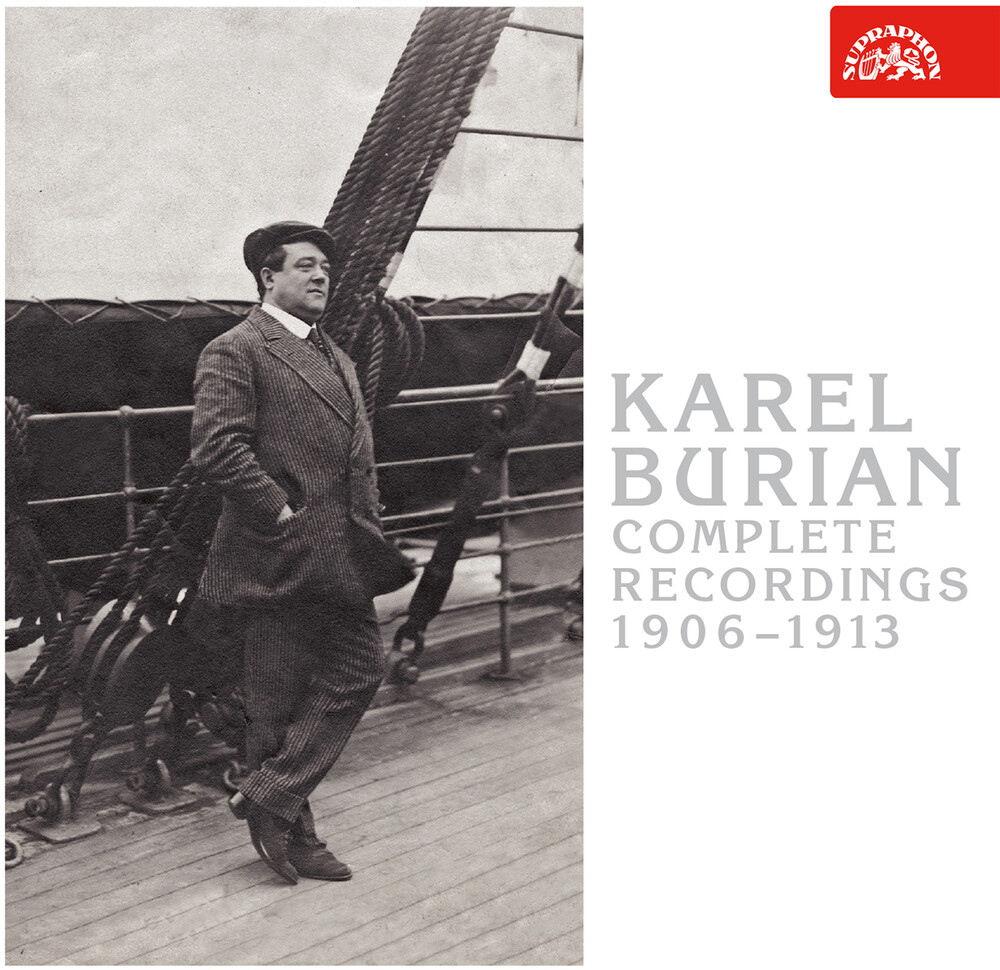 Three decades since the release of the 12-album boxset of the complete Emmy Destinn recordings, Supraphon is now presenting a similarly precious landmark, made up of 3 albums featuring Karel Burian (1870-1924), a celebrated Czech tenor, a Metropolitan Opera star, who also dazzled audiences in London, Paris, Zurich, Munich, Bayreuth, Dresden, Berlin, Prague, Vienna, Budapest and elsewhere. His champions included Gustav Mahler and Arturo Toscanini, who invited him to perform in their Met productions. When asked why he did not appear in German operas, Enrico Caruso answered: "I can sing something, whereas Burian can sing everything."Burian was feted as an exemplary interpreter of Wagner roles (Tristan, Parsifal, Siegfried, Stolzing), yet he also performed to great acclaim in Italian, French and Russian operas. He portrayed Smetana's Jeník and Dalibor in Czech and German alike. As an artist, Karel Burian enjoyed global renown, as a person, he lived a turbulent life, plagued by ill-fated love and spite.