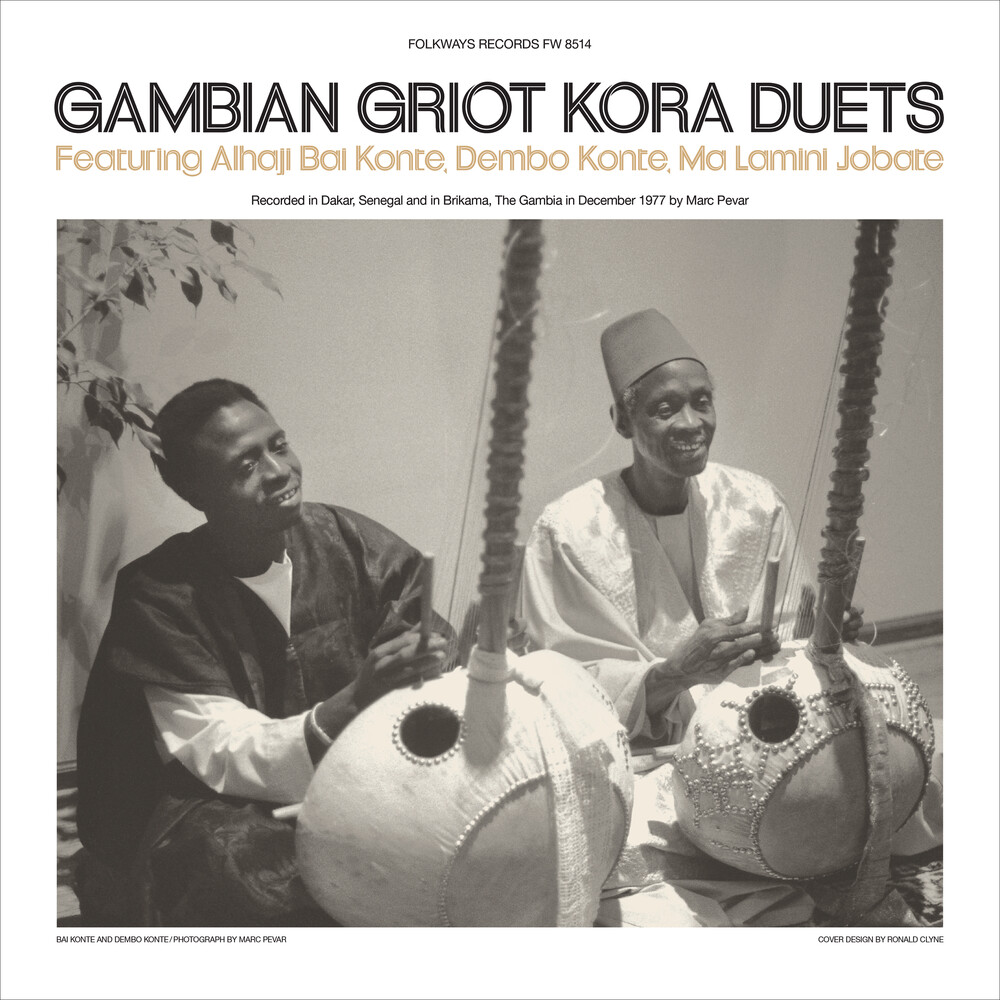 The hypnotic, delicate strum of the kora, the harp-like instrument strung on a halved gourd, has been a trademark of West African music for centuries. Gambian Griot Kora Duets (1979), featuring the master player Alhaji Bai Konte and his equally influential son Dembo Konte and Ma Lamini Jobate, is a remarkable recording that documents an evolution in the kora's use in the traditional music of the Gambia. The album, made in Dembo and Alhjai Bai Konte's living space, shows the musicians incorporating complex, polyrhythmic arrangements. Though these musicians are intrinsically linked to the Jali tradition of griot families in West Africa, in which kora players are the historians and record keepers of local cultures, these recordings, with their stylistic flourishes, marked a new beginning for international interest in the kora. Dembo Konte went on to tour internationally, performing on John Peel's legendary BBC program in 1989 and collaborating with the influential group Mustaphas 3. This reissue is part of Smithsonian Folkways Vinyl Reissue Series, bringing to light gems from the extensive collection and revisiting some of the most iconic and influential albums released by the label. This album is being released alongside other international classics Tuareg Music of the Southern Sahara and Calypso Travels by Lord Invader.