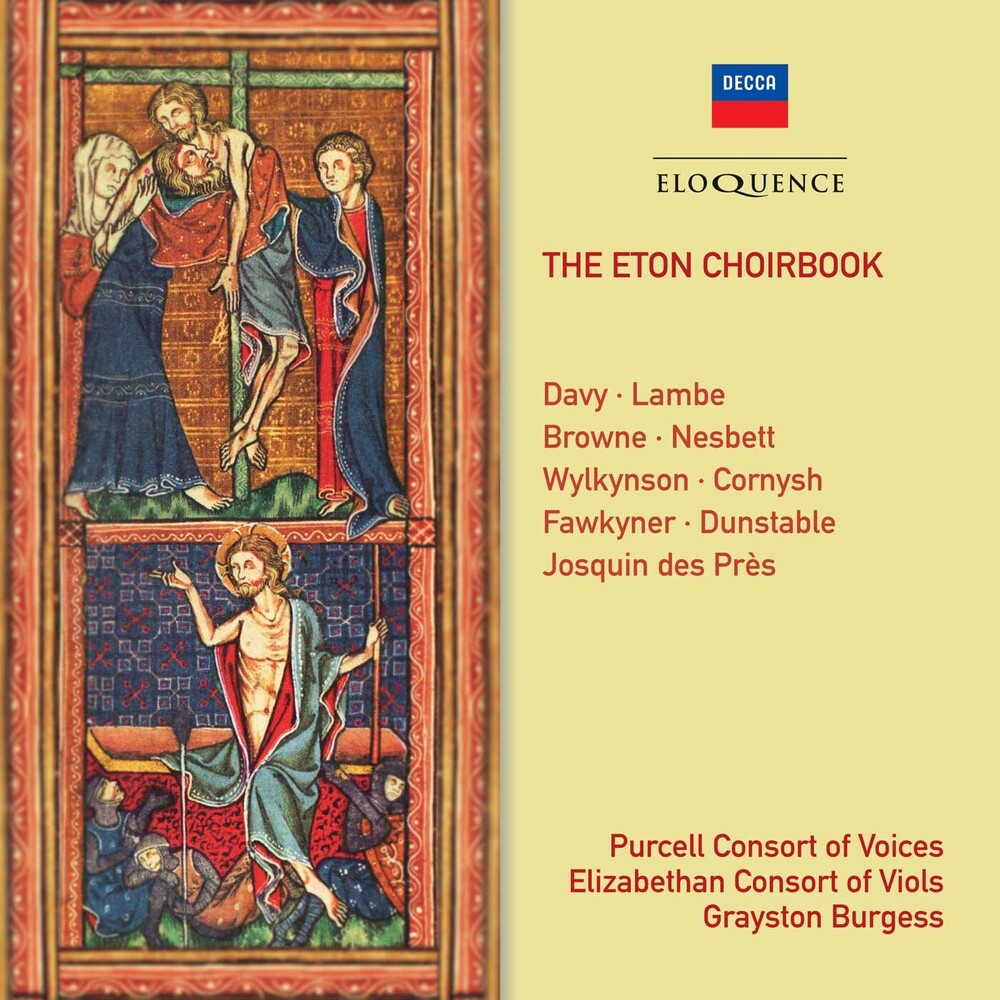 The first substantial survey of the Eton Choirbook's treasures on record, newly remastered, compiled and reissued on CD for the first time. Copied out between 1490 and 1502, the Eton Choirbook is the most substantial extant source of English liturgical polyphony from the late 15th and very early 16th centuries. The architectural historian Nicholas Pevsner described the late-perpendicular style of buildings like the chapels of Eton and King's College, Cambridge, as a 'union of practical, matter-of-fact spirit with a sense of mystery, and an almost oriental effusion of ornament'. What we contemplate in these buildings we may hear mirrored by the music of the Eton Choirbook. From the 1920s onwards attempts were made to perform and record pieces from the Eton Choirbook but they were hampered both by the technical demands of the music - often as thrilling as it is rhythmically complex and metrically unstable - and by it's relative unfamiliarity to English cathedral choirs. Only in 1968 was a successful attempt madeby Argo to record a selection on two albums, which are united here. The performers constituted an astute combination of an all-male choral foundation (from St Margaret Street in London) with the professional ensemble of the Purcell Consort of Voices, directed by their founder Grayston Burgess, who died in 2019. The first album documented the setting of the St Matthew Passion by Richard Davy and the second included a selection of motets compact (the Ave Maria of Cornysh and Nesciens Mater of Lambe) and spacious, most notably Browne's Stabat Mater and Fawkner's Gaude Rosa. The singing is robust rather than ethereal, and the albums blazed a trail both for this repertoire and style of performance which has been emulated by many professional early-music groups during the past half-century. Filling out this 2CD set is a third Purcell Consort of Voices album of 15th-century repertoire recorded by Argo and never previously issued complete on CD. The flowing polyphonic style of John Dunstable and the sublime reach of Josquin des Prez are surveyed with both sacred and secular, instrumental and vocal works; highlights include the courtly elegance of Dunstable's O Rosa Bella and Josquin's affecting tribute to his teacher in the Déploration sur la Mort de Okeghem.