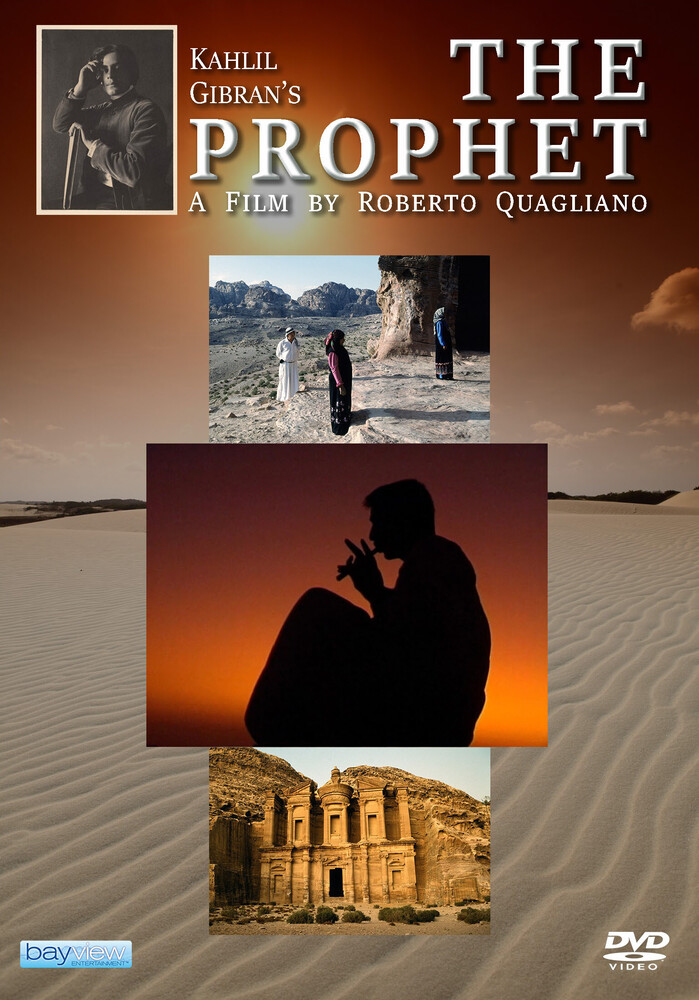 The Prophet is a documentary-style dramatization of Kahlil Gibran's classic best-selling book, as realized for the screen by director Roberto Quagliano. Featuring the talents of Pino Colizzi, Patrizia Piccinini, and narrator Pierse Stevens, The Prophet is an ambitious translation into audiovisual language of what was once considered an unfilmable work and was shot on stunning locations in Petra and the Wadi Rum Desert in Jordan. The prose poetry book, The Prophet, was written and published in English in the United States in 1923, where the Lebanese writer Gibran Kahlil Gibran lived the last twenty years of his life, and was received by critics as a true masterpiece. Up to the present day, the book continues to remain a best-seller in practically every country where it has been published. It has been translated in over twenty languages and it's appeal to the public has remained unchanged over the years. In it, the world is seen as perfect and life as an eternal harmony; while the book contains profound spirituality, is not a religious work and is aimed at anyone, faithful or not, of any religion. In this sense, it's message can be considered ecumenical.